In this talk, I present ‘secateur’, a tool for Twitter users to protect themselves from some forms of online harassment. I discuss using Python and Django to create tools that integrate with Twitter, use its APIs, and block lots of people (LOTS of people).

In some ways, Twitter seems like it was designed from the ground up to be the perfect tool for harassment. The social media phenomenon of ‘dog-piling’ can make life hell online. Twitter’s own mechanisms that are supposed to protect users sometimes seem to be pretty inadequate to the task.

So I decided to make a few of my own.

I’ve built an open-source web app, ‘secateur’, that gives people a bit of power to protect themselves in a hostile online environment.

Along the way, I got to grapple with some interesting challenges: 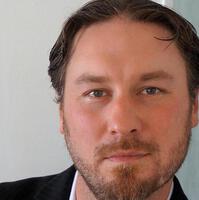