COBOL was one of the first business-oriented programming languages, showing up in the 1960s. It’s also regarded as one of the worst languages in which to work. But is that true? And if so, what could ever take its place as the most reviled thing in dev?

COBOL holds an interesting place in the history of our profession. Developed in the 1960s it was one of the first primarily business-oriented languages and was fundamental in shaping the way that a lot of industries adapted to computers. It’s also widely derided as being a really unpleasant language to work in.

Why is this? And what fills its niche these days? Is it Java? Is it C#? 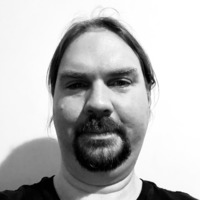 Benno Rice is a software engineer with a deep fascination for the “why” of the way things are. He’s worked at all levels of the software stack from kernel bootstrap to front-end Javascript. He’s developed behaviour-driven development tools, ported FreeBSD to new architectures, written device drivers and attempted to have an impact on the very fabric of democracy.