We build services, potentially used by thousands or even millions of people. And despite all the testing we do, some interactions with these services will not work out the way we hope. Wouldn’t it be great to reconstruct what let to a problem and analyze if the problem occurred at other times?

In this talk I want to look at structured logging. What are the benefits of it over plain text logging. How can it be used effectively?

Logging, by itself, can help to trace bugs. Structured logging adds additional, post-logging capabilities when used correctly. Because log events are structured data, they can be analyzed much more efficiently and effectively than plain text log messages. Furthermore, one can even build graphs and diagrams to nicely visualize what’s happening in a service. 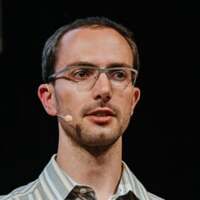 Markus Holtermann works as a back-end and infrastructure engineer at Crate.io. He has been a Django core contributor since early 2015. He is a member of the Django security and operations team as well as an organizer of DjangoCon conferences. Markus has been a project lead at the German ubuntuusers.de community support platform where he discovered Python and Django in 2010.