Building python packages in a team can be a complicated process. Devpi can assist in reducing this complexity by hosting your own content and making it seamlessly available with the rest of the packages on pypi. It also provides resiliency, robustness and auditability to your teams build process.

Devpi is a great tool that can assist software developers in their development of python packages, whether they’re building libraries to be consumed by others or applications to be deployed.

This talk will be a guided tour of some of the features of devpi that can assist large or small teams in finding a workflow that is a key piece to enable reliable software delivery. 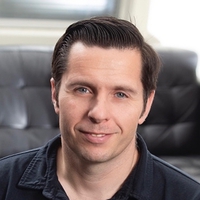 Graham Williamson is a Cyber Security Engineer at Penten: the current Telstra Australian Business of the Year. Graham works primarily on Python packaging and Continuous Integration. Previously, Graham spent almost 14 years in the RAAF, then worked in various positions as a systems administrator, network and VOIP engineer. Graham recently formed a Wollongong based Python meetup (Siligong.py) as part of the Siligong community. In his spare time, Graham enjoys tweaking his Home Assistant based home automation setup, building out his overengineered “home lab”, mountain biking, scuba diving and snowboarding.